How to deal with oppositional behaviour

“NO WAY, NEVER, YOU CAN’T MAKE ME DO IT” Are you sick of hearing this in your household? Many parents tell me they are tired of arguing with their children. 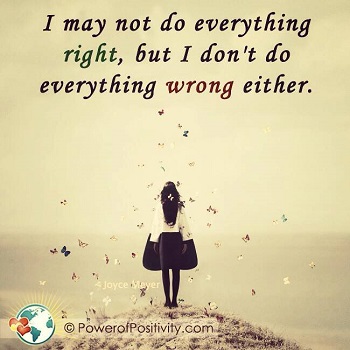 But if you ask the child, “How many times out of ten, when your mother (father, teacher) asks you to do something, will you do it the first time without arguing or fighting?”, many will tell you, “Not many times, maybe two or three out of ten.”

And then if you ask them why, they tell you they have no idea why they do it, that it is not their goal to be oppositional.

No wonder parents get confused not knowing how to deal with oppositional behaviour.

Many people with ADD tend to be argumentative and oppositional with people in their lives. These negative behaviours often cause tension and turmoil in families, in relationships, or at school. Once the person starts work, it can result in conflict, defiance and being fired!

This game has one simple rule: I ask you to do something and you say no.

I once asked a boy why he always had to do the opposite of what his mother wanted. He said, like so many of these kids do, “I don’t know.” The unconscious game of “No, No Way, Never, You Can’t Make Me Do It” can isolate a person. The level of opposition drives others away, causing them to make negative comments about you. This includes parents, who often end up disliking their own child, which then results in feelings of grief and shame.

There’s another destructive game called, “I say the Opposite of What You Say.” The game is similar to the one above, but it involves speech more than behaviour. The people who play this game take a position opposite to that of the other person in the conversation.

For example, if your spouse complains that you do not listen to him, you deny it and then say that he does not listen to you. If a parent tells a child to clean his messy room, he or she is likely to say that the room is not messy.

If a person takes a view on a political position, you will take the opposite position even if it is against what you really believe.

The need for opposition seems to be more important than the truth.

The back-and-forth disagreement brings more adrenalin, stress and irritation to the table. It can become a habit, and part of their personality. Often the person doesn’t even realise the impact of their behavior on others, that it actually pushes people away from them.

Recognize that your child does not WANT to be ostracised or disliked, he is behaving like this because it helps him/her to function better for a while, because of the increased stimulant chemicals in the brain. This type of behaviour comes from a neurological condition (possibly ADD or similar) that requires medical assessment and attention so that your child can be the person they want to be – one who is relationship with you and others.

If you want to deal with an argumentative child (or perhaps even an argumentative spouse) it’s important to consider they may have a condition needing further assessment. Make an appointment with Karen Gosling today to discuss your options further.