What women do when they’re emotionally neglected

What are women looking for in their man? They want a soul mate, someone they trust who is there for them when they have a problem, who takes their feelings into account when decisions are being made. Someone to whom they feel emotionally connected. 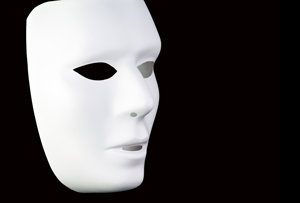 What does being “emotionally unavailable” mean?

Being emotionally available is not that easy for many men, who mostly desperately want to connect with spouses, friends, and family in a meaningful way.

However, often men have no model of what that looks like, what language to use, and how to do it.

Here is an example of things women say when they feel emotionally neglected:

“I hurt all the time because I feel alone and abandoned.”
“The only time he pays attention to me is when he wants sex.”
“He is never there for me when I need him the most.”
“When he hurts my feelings he doesn’t apologize.”
“He lives his life as if we weren’t married; he rarely considers me.”
“We’re like ships passing in the night, he goes his way and I go mine.”
“My husband has become a stranger to me, I don’t even know who he is anymore.”
“He doesn’t show any interest in me or what I do.”

Excerpts from an article by Willard F. Harley, Jr., Ph.D.

Women often express no hope that their husbands will ever understand what it is that frustrates them, let alone change enough to solve the problem. From their perspective, marital problems are created by their husbands who do little or nothing to solve them. Wives tend to see themselves as the major force for resolving conflicts, and when they give up their effort, the marriage is usually over.

When legal grounds for divorce are stated, about half report they have been emotionally abused. But the mental cruelty they describe is usually husbands being indifferent, failing to communicate and demonstrating other forms of neglect.

The term “neglect” includes both emotional abandonment and physical abandonment. Husbands that work away from the home, sometimes leaving their wives alone for weeks at a time, fall into this category.

When all forms of spousal neglect are grouped together, we find that it is far ahead of all the other reasons combined that women leave men. Simply stated, women leave men when they are neglected.

Most men understand that verbal and physical abuse are legitimate reasons for their wives to leave. But neglect is a much tougher sell, and it is also much more difficult to overcome than abuse.

While it is the most important reason women leave men, it is hard to convince men that it is a legitimate reason, something they should avoid at all costs.

Some of the common complaints I hear from women are;

Most husbands are mystified by these complaints. They feel that their wives demand too much, and that most other women would be ecstatic if married to them. Their wives have become spoiled, take their efforts for granted and have unrealistic expectations.

Do women expect too much of their husbands or are men doing less for their wives than they should?

I’ve proven to husbands over and over again that their wives usually do not expect too much of them, and when they understand and respond to their wives’ frustration, the complaining ends and a terrific marriage begins.

Make an appointment with Karen Gosling to learn how to become emotionally engaged.