Highly sensitive people (HSPs) really do exist! In fact they make up about 20 per cent of the population. That question: “Whatever is the matter with you?” can finally be answered. The secret trait you thought of all your life as a flaw, is a flaw no longer. There are many positive aspects of being sensitive. 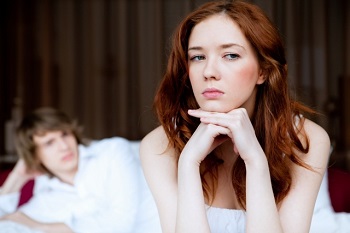 The HSP has a sensitive nervous system, a basically neural trait. For the most part, it is an inherited trait – one or both of your parents will also be quite sensitive. It means you are aware of subtleties in your surroundings, and will on guard for potential danger, for example, grey clouds, wet pavements. It also means you are more easily overwhelmed when you have been out in a highly stimulating environment for too long, bombarded by sights and sounds until you are exhausted in a nervous-system sort of way.

Being sensitive has both advantages and disadvantages; in some societies, being sensitive is highly esteemed. In our culture however, being sensitive is not considered ideal, and parents and teachers will spend time trying to help you “overcome” it. Every social group – family, organization, town or nation – needs its sensitive people to balance those equally wonderful people at the other end of the spectrum who make great test pilots, soldiers and sales people.

The HSP can feel out of step with the rest of the world, because they are in the minority. They are easily “hurt” or “affronted” when non-HSP people speak or interact with them in a way that the HSP would not, and the HSP therefore cannot understand how others can be so direct, critical, or confrontative. Typically, the HSP will not challenge the interaction, but will withdraw and then dwell on the exchange that took place, trying to understand what went wrong, especially what did he do wrong, and why was the other person so nasty? Meanwhile the non-HSP has no awareness that anything is “wrong”. Conflict, confrontation and raised voices do not impact on his nervous system and he has no awareness that the HSP’s nervous system is now aroused and “hurting”. Yet this is the reason why the HSP calls him “insensitive” or mean.

What seems ordinary to others, like loud music or crowds, can be highly stimulating to the HSP nervous system and thus stressful. A certain amount of these stimuli can initially feel good to the HSP, but when it is “too much” the stimuli become disturbing. The HSP often needs time to be alone, in order to give his nervous systems time to calm down, in preparation for the onslaught of stimuli that it is going to receive again tomorrow.

For example, after being hot and sandy after a day at the beach, HSP’s will prefer solitude, and quiet time at home. If they go out again to a party, they will feel jangled and overaroused. The experience of going out simply adds more stimulation, which becomes “too much”, causing the HSP to want to get away from the environment as fast as possible. Most people walk into a room at a party and perhaps notice the furniture and the people – that’s about it. HSP’s can be instantly aware, whether they wish to be or not, of the mood, the friendships and hostilities between people, the freshness or staleness of the air.

They will notice small things; threads on the rug, the curtain tied back untidily, the dust on the picture frame. They do not necessarily judge these things, but they notice, and the nervous system becomes overwhelmed with all these things it has to “notice”. The HSP therefore becomes easily overwhelmed in new environments – the nervous overarousal is usually experienced as anxiety leading eventually to a feeling of being overwhelmed.

It is important not to confuse arousal with fear. We can be overaroused by semiconscious thoughts or low levels of excitement that create no obvious emotion. It is common for the HSP to feel fearful due to the arousing chemicals produced in the body, even when he does not consciously have anything to feel fearful about. This is commonly what HSP’s consider an indication of their “craziness”. They have feelings that are incongruous with their intellectual or cognitive awareness of the situation. One general rule is that when we have no control over stimulation, it is more upsetting; especially if we feel we are someone’s victim. While the sound of hammering of your partner finally putting up the bookshelves you’ve been waiting for can be pleasurable, the sound of the workman’s jackhammer outside on the road can be downright irritating.

Positive Aspects of Being Sensitive

Knowing how to manage your sensitivity is one of the most important steps in rebuilding your relationship.