She withholds affection and avoids intimacy

Men crave and need physical affection with their wives. When their wives constantly avoid intimacy, it wears on them.

Often women interpret the man’s need for physical affection as their husband “just always wanting sex”, or if their husband is nice to them, “it’s only because he wants sex”. 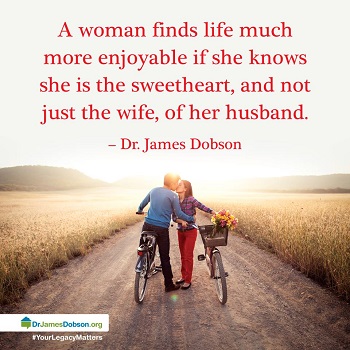 If the wife is tired, let down, feels unsupported or irritated with something that her husband has done, she will likely not be interested in his sexual advances and push him away.

When she withholds affection, he interprets this as a rejection of him.

Men know, or soon learn, that their wife wants emotional connection, wants to be romanced, supported and shown kindness. Yet even when he does all those things, she still may avoid sex. This confuses him, because he feels she is punishing him by withholding intimacy and affection.

He doesn’t understand why he is being rejected or why she avoids intimacy.

This is a common cause of resentment in a marriage, and one of the hardest to talk about – often because people don’t fully understand themselves what they are feeling.

It is confusing because sometimes she really enjoys sex. Withholding affection and sex is a personal and puzzling topic that not everyone can easily discuss.

Women want communication and emotional intimacy before they are ready to have sex.

If a wife feels not connected with her husband, she will be less interested in physical intimacy. Often, she is not actually withholding sex, and certainly not as a weapon. She just doesn’t feel relaxed or ‘at ease’ enough to be able to engage in sex.

But men gain connection through sex, which is the reason he seeks it, and approaches his wife for it.

Men also often feel not connected and not ‘at ease’ in the relationship. The difference is that men typically don’t think about why, or reflect on those feelings. They problem-solve, by doing something that helps them feel more connected.

Men think having sex will reconnect them. So they approach the woman they love, and get rejected. Understandably, this leads him to think he is being punished because she withholds sex. He may try something different to please his wife, or redeem himself, but still he gets it wrong. She still avoids intimacy. Then he becomes even more confused. What more can he do?

Men have said that they have affairs because the sex is freely given, and they don’t have to feel rejected like they do when their wife avoids intimacy.

A man and a wife often want the same thing – to feel connected, and secure in their love for one another. But they come at it from different angles.

When the husband wants to have sex with his wife, it is his way of saying, “I want to share something beautiful and important with you… and you only.” She can choose to respond or to withhold.

If she chooses NOT to withhold, the time spent together being close and physical (which may be cuddling and caressing, not necessarily having full sex) is time spent bonding. That way, two people benefit, intimacy is not being avoided, and no one is feeling rejected or unloved.

Does your wife withhold affection? Do you sometimes feel confused when she avoids intimacy? If so, you will want to make an appointment with Karen Gosling today.