How jealousy can ruin a marriage 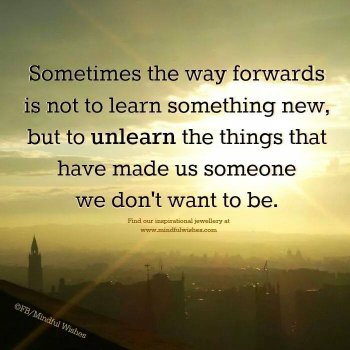 “Ted wants to know everything I’m doing, day and night,” Gina said to me.

Normally a self-assured woman, she had grown weary of her husband’s subtle—and not so subtle— jealousy and suspicion.

“There doesn’t seem to be anything I can do or say to reassure him of my love for him, and it’s killing our marriage. It’s stifling.”

“I feel like he watches everything I do. I can’t make arrangements to see my girlfriends without feeling like I owe him an explanation. I don’t think he understands what he’s doing is slowly killing my love for him.”

When Gina went out with girlfriends after work, even though she told Ted her plans, Ted would ring and ask her where she was and when she’d be home. Often he would tell her he was cooking dinner, resulting in Gina feeling guilty about being out with her friends. She felt controlled and manipulated to go home to her husband, leaving her feeling upset and unable to relax with her friends.

Typically, Ted was grumpy when Gina got home, unable to manage his jealousy about where she had been and who she’d met up with. So Gina was not encouraged to chat to him about her time with her girlfriends. Gina felt resentful toward Ted and in turn did not want to be intimate with him. This in turn increased Ted’s insecurities! It became a vicious cycle!

In counselling, when Gina explained how she felt, Ted could see that his behaviour was quite controlling. He had not realised this before. He explained that he only felt secure and settled when Gina was at home with him. Therefore he did things to “encourage” her to come home (to make him feel better). He had not realised that Gina felt manipulated.

Ted said he often tried to NOT ask Gina about her movements, but then his insecurities got the better of him. He feared that if he DIDN’T ask her where she had been and who she had been with that she would have complete freedom to do whatever she wanted!

Ted had not realised that this was controlling behaviour.

I explained to Ted that his fears and insecurity were driving away the woman he loved! Ted replied that although he could see this, and indeed wanted to trust, his feelings wouldn’t let him. He wanted Gina to behave differently so that he didn’t feel so bad.

I explained to Ted that whilst his feelings were real, they were his alone, based on his own fears.

He was blaming Gina for them.

Ted had to take the responsibility of dealing with his jealousy and insecurity.

However Gina also realized there were things she could do differently to help Ted, so that he did not feel it necessary to be so controlling.

If you are having jealousy and trust issues, these could be ruining your marriage. To learn more about how to deal with your insecure and jealous husband, make an appointment with Karen Gosling today.