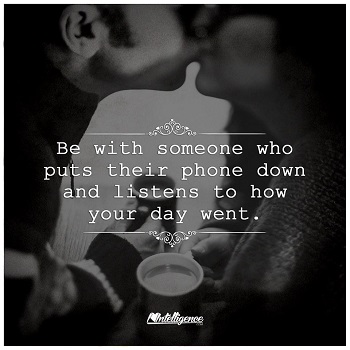 Do you get frustrated when your girlfriend gets all emotional and says you don’t understand her, or you don’t listen to her?

You do your best, after all! You do listen and try to offer suggestions to help her, because you love her and you DON’T want her to be upset. But somehow you get it wrong, and she ends up crying and being more upset.

Does she tell you she wants you to LISTEN to her, not solve her problem?

Most guys are confused by this. They don’t quite get what it is their emotional girlfriend actually wants from them!

When your girlfriend talks to you, she is usually telling you how she FEELS about something. You are the person she trusts and wants to share her feelings with. Most of all she wants to know that you understand the different emotions that she has, and that it’s OK to have those feelings.

Here’s an example. Louise plans to meet her friend Sonia for lunch, and looks forward to sharing a couple of hours chatting. But Sonia gets lost and arrives late and then has to leave early to pick up a sick child from daycare. Louise tells her boyfriend that night how upset she was that Sonia could only stay for about 50 minutes and they didn’t have long together.

Boyfriend answers, “Well perhaps you can meet up with her again next week.” Boyfriend is trying to cheer Louise up, right? He is trying to comfort her. It doesn’t work. Louise starts crying and gets emotional and says, “Stop trying to solve the problem”. (He thought it was a good suggestion and showed he cared about her!)

It also doesn’t work if he says, “Well, it’s not Sonia’s fault that her son got sick”. Or, “Next time don’t meet her at a place that’s so hard to find”. Because then it sounds like he’s on Sonia’s side, or even worse, criticizing Louise on her choice of rendezvous!

Now Louise is really upset and is mad at him and weeping that he doesn’t understand her, and they are just not on the same wavelength. The boyfriend is bamboozled and can’t work out what he said that is so wrong. He shakes his head and thinks, “My girlfriend is just so emotional, I just don’t understand women.”

All she wanted was for him to say, “You must be upset that you didn’t get much time with Sonia. That would have been pretty disappointing after you looked forward to it for so long.”

When he says he understands her feelings, she feels better. And he is the person who made her feel better. Bonus!

When a woman knows her man understands her feelings and lets her express them, then she feels safe with him, and wants to be with him. And he doesn’t even have to solve her problem!

He doesn’t have to have the same feeling as her. He doesn’t even have to fully understand her feeling. He just has to give her the permission to have it! And then she feels better and the upsetting feeling goes away. And for that, she thanks her boyfriend.

So STOP THE EMOTIONAL ROLLER COASTER every time and help her settle down.

She will quickly get over being disappointed or upset and instead feel connected to you!

See how easy it is to manage your emotional girlfriend? She will want to keep loving you forever!

When you learn how to manage your emotional girlfriend by showing her you understand her feelings, you will be able to #MakeYourRelationshipWork. If you want to fast forward to a strong and connected relationship, make an appointment with Karen Gosling today.