What is borderline personality disorder?

A diagnosis is made based on symptoms... including emotional instability, feelings of insecurity, worthlessness, impulsivity and impaired social relationships.

Borderline Personality Disorder (BPD) is a common mental illness and if often misdiagnosed as Bi-Polar Disorder.

Ironically, the abbreviations for both conditions is the same – BPD – which can add to the confusion! 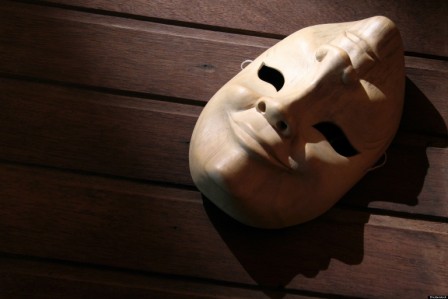 People with Borderline Personality traits have difficulty managing their emotions and impulses, usually in relation to people closest to them, and to maintaining a stable self-image. Typically they see their loved ones as all good or all bad, and nothing in between. They commonly say, “I hate you” and blame you for all their bad feelings.

BPD can be highly distressing for the person affected, and often for their family and friends too. It can be confusing and easily misunderstood, but BPD, if identified, is a manageable condition.

Karl separated from his partner, Pauline, and gained custody of their young son, Sean, after Pauline was found to have erratic, sometimes criminal behaviors and was found by the courts to often be neglectful of Sean. Even so, Karl had always wanted to give Pauline a chance to change her ways, in the hope of reconciling as a family. Time and time again, he was let down. Karl came for counselling and through discussions with Karen realized that Pauline suffered a Borderline Personality Disorder (BPD). Eventually Karl tried to minimise the disruptions caused by contact with Pauline, by reducing the amount of contact she had with him and Sean. Typical of a person with BPD, Pauline would continue to interfere with their lives.

Two years later, Karl wrote to Karen with an update…

We moved about a year ago to a new condominium. Pauline was being more than annoying leading right up to moving day by coming over unannounced (always right before bedtime) under the guise of wanting to see Sean. I told her to stop doing this and that because of her disruptions, I was going to not let her know where we were moving to on the 24th (we actually moved on the 22nd because I knew she would be around on moving day to find out where we were going). She then started calling me 5 or 6 times a day repeatedly while I was in meetings at work, and at home at Sean’s bedtime. I then changed my telephone number to stop that disruption after which she started emailing me incessantly. I informed her that if she continued to abuse this final mode of communication with us, I would block her emails. She did and so I ended this final mode of communication and we haven’t seen or heard from her in over a year.

In the meantime, I’ve been able to get my life back on track and Sean and I are doing much better. I’m still without a significant other, but after all the pain and trouble was lifted (I’m unfortunately still suffering from the financial mess she left in her wake), I’ve resigned myself to the fact that this may be the way it is for me indefinitely and although not the way I envisioned or wanted my life to wind up, there has been a sense of peace that has come over me when I resigned myself to this possibility. Hell, I’m far better off this way to be sure.

The reason I tell you all this is because I hope you can use my case to help others in BPD relationships. It took me YEARS to really buy into the fact that BPD really exists and it isn’t just a clinical term used to diagnose people when it is impossible to understand their behaviour. But I can now see it is a very serious illness and there are really NO levels or degrees to it; someone is either BPD or they are not, and the lives of those around them are always negatively affected.

The point I wanted to make is that after trying everything I possibly could, to nearly the point of my own self destruction, I now KNOW there is nothing that the “non-BPD” can REALLY do except get out of the relationship entirely and cut-off all contact. If the “non” does not, their life will always be disrupted by the borderline and they will most certainly start taking on the characteristics of the borderline person and begin acting as a borderline themselves. Exactly as I had started to do before you were able to help me understand what was going on, Karen.

Unfortunately, the summary is that the best advice you can give someone in a borderline relationship is to GET OUT and CEASE ALL CONTACT. Nothing else can be done and the prognosis for the borderline is dismal at best. Sad but true, and after over 10 years of living in that hell, I can say with conviction that I’m living proof of the fact that after BPD, life does go on.

Karen’s Advice for People Living with a Borderline Personality Disorder

People with BPD suffer enormous emotional pain. They desperately want to be loved, but their fear of loss causes them to behave irrationally, and to blame other people for their pain. This behaviour in turns drives away the very person they love. In the case study, Karl tried for 10 years to manage the situation with Pauline. When the going got tough, he returned for more counselling and strength to “keep going” as he loved his partner and son, and desperately wanted them to be a happy family.

In the end, when Karl realized that his own behaviour was no longer loving or appropriate, he decided it was time to end the relationship. His view ultimately was that one should “get out” of such a relationship. Certainly this is one way of managing the situation – and as Karl says, life will go on. Others may persevere however, with learned strategies to manage borderline behaviors, and not taking things too personally. Certainly this situation is aided if the BPD realizes that she/he is contributing to the problem, and seeks help to behave differently.

If you think BPD may be affecting your life or relationship, seek help from a counsellor so that you can be empowered through information, about how to be more in control of the situation.

Knowing how to manage BPD is one of the most important steps in rebuilding your relationship.