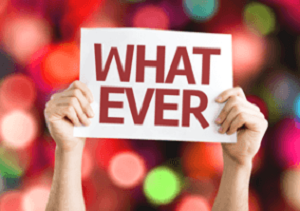 You used to talk about everything and never ran out of things to say, right?

You plotted ways to be together because you couldn’t get enough of each other, remember? You stole moments with each other, talking way into the night…

… Or if you couldn’t get together, you spent hours on the phone. You would discuss yourselves, your past, your relationships with friends and family, your hopes and dreams, disappointments, failures…in fact, everything!

Why was it so easy? Because you believed that your partner really wanted to find out all about you. You felt secure that no matter what you said, you would not be judged, because your partner loved you.

Then things began to change. You started to feel disconnected and unloved. It got to a point where you didn’t care much anymore about whether you spent time together or not.

She says something to him and he replies with a negative comment, which is out of character. When it happens a second time, she decides not to bring up that topic of conversation again. Now she chooses her words more carefully in order to avoid getting a negative response.

He notices the change in her communication and asks, “Are you OK?” “Yes”, she responds abruptly and untruthfully. He persists with, “Are you sure, you seem a bit different?” “Yes, I’m OK”, she replies sharply.

He is taken aback by her snappy response. Now he also becomes careful about what he says in case he gets a negative response from her. Thus begins a downward spiral in communication where neither tells the other what they are thinking or feeling… and indifference begins to be the norm.

Before too long, difficulties arise in the bedroom. She harbors resentments, old hurts that linger on because she can’t talk about them. He also has resentments as he notices that she distances herself from him physically, and is always irritable. And she sometimes makes sarcastic comments which really hurt him.

He approaches her for sexual intimacy… he needs this to help reassure him that the relationship is not completely lost. But he is discouraged or outright rejected. Her need is to have him talk with her about how she feels, before she is interested in sex.

When she rejects him, he soon stops asking for sex, but then she starts to wonder if he still desires her, or wants to be with her. Both begin to realize that their relationship is not as deep and connected as it once was. Each wants it to be better, but blames the other for the problems.

Soon there is no emotional or sexual intimacy. Conversation is superficial and only about ‘safe’ topics to do with the household or managing the children. She treads gently around him… and he never gets to tell her what’s going on in his head because he fears her reaction. They never have sex and so suspicion, petty arguments and irritability rises in each of them.

To learn more about how indifference can ruin your marriage, make an appointment with Karen Gosling today.