Why is the emotional intelligence ability of self-control important in the workplace?

Make sure you have a handle on this emotional intelligence ability. 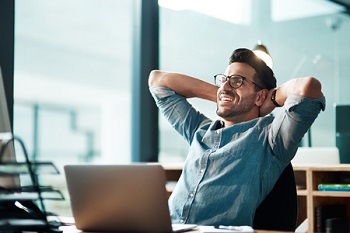 Want to end conflict and improve your relationships at home or at work by the end of the week?

Think about a personal or work scenario in your past when everything went pear shaped.

Perhaps you missed a return flight home or an unforeseen circumstance at work led to a massive layoff. As a result everything went pear shaped.

How did you respond during the crisis? Were you rock solid, calm, clear-headed, optimistic, and a beacon of light for your team?

Or did you have a bad reaction, throw a temper tantrum, point fingers at someone else, and further act on impulse with more bad choices that sent your partner away or morale and productivity spiraling downward?

In Emotional Intelligence Mastery we have a leadership term for your behavior in the second scenario. It’s called the emotional intelligence ability of self-management, or lack thereof, in this case.

I prefer a more generic term that is equally effective for further discussion: Self-control.

Why Self-Control Matters for Partners and Leaders

Ancient wisdom says that “a person without self-control is like a house with its doors and windows knocked out.” You become defenseless and open yourself up to harm. In a personal relationship harm could include a loss of trust by your partner due to your inconsistent behavior. In a business sense, harm here equals losing influence, respect and trust from those you lead.

Why is this the case? Lets back up a bit.

In emotional intelligence, self-control (or “self-management”) is a personal ability developed in every person. The question behind self-control is: Can I manage my emotions within myself and outward behavior to a positive outcome when faced with a problem?

“Reasonable people–the ones who maintain control over their emotions–are the people who can sustain safe, fair environments. In these settings, drama is very low and productivity is very high. Top performers flock to these organizations and are not apt to leave them.”

If you as a leader in your relationships at work or at home have no capacity for self-control, the flip side is not good. How do you think it impacts on others or on an organization’s performance? A company’s bottom line? Your relationships? Your ability to manage stress?

What a Lack of Self-Control Will Do

One of the major obstacles stemming from a lack of self-control is unfiltered anger. This is often exemplified with personal emails or internal memos written mostly with the caps lock on. My advice, DON’T DO IT!

Instead of displaying consistent behavior during an argument with your partner when you feel irritated, or there is a decline in customer service you are responsible for that led to an increase in canceled orders, you react adversely and issue threats of ending your relationship or spare no one by blaming others.

Anger is one powerful, and quite normal, human emotion. But it needs to be expressed in a healthy way. There’s a time and place for appropriate anger, and we all have to learn how to manage it, or it will manage us. Developing emotional awareness and self-control helps take care of that.

How to Improve Self-Control

Self-control is an emotional ability or skill we teach and coach others so they have the capacity to be present, calm and focused during times of high emotional stress. It’s a necessary virtue with long term payoff in that it reduces the harmful physical effects of stress felt in your body.

Here is an outline of a process you can use to improve your self-control:

What is the strong emotion that overwhelms you? Can you give it a label? The starting point is always to exercise self-awareness before you act on your emotions.

If you lost self-control, it can be a learning moment. What were the circumstances surrounding your negative feelings for you to just lose it? Was an unmet expectation by your partner, missing a deadline, hesitation about a meeting, or an intuitive sense that the environment you are working in may not be the right fit for you? It’s likely a reaction to something much deeper, perhaps unresolved. Something triggers this response in you. So what’s really bugging you?

3. What’s the hard evidence FOR the negative feeling?

Does it happen during times of stress? Fear? Anxiety? Exhaustion? For me, my self-control is at its lowest when I’m tired after too many hours at the computer and not much human contact. I get especially annoyed and irritable but I’m aware of it enough to quickly write down what the evidence is for my feelings.

4. What’s the hard evidence AGAINST the feeling?

List down all the evidence you can muster that negates the evidence for your negative feeling. Perhaps you can point to several successes you have had in the past when this emotion arose? Be positive about the what you have already achieved.

5. Focus on the evidence against the feeling.

Now that you have identified the evidence against your feeling, focus on that, be intentional about breaking the cycle. You can ask yourself, was your reaction appropriate to begin with? Was it directed at the right time, or to the right person?

Maybe the lesson is to put a gap in between your feeling and your reaction and learn a more proactive response. Perhaps it’s to not act at all, but just “be” and listen more to other perspectives before pulling the trigger.

The power of choice, saying in your heart of hearts, “this is who I choose to be” rather than “this is who I am,” will cause your paradigm to shift, leading to more self-control and less impulsiveness. But don’t be fooled, a new mindset will take a lot of work, practice, and self-discipline until behaviors become habitual.

Self-control, or self-management of your emotions, is a crucial emotional intelligence ability to develop to improve your personal and business relationships, including leaders and managers at all levels, because no one wants to be with or work for someone who is not consistent in their behavior – not in control of themselves and their emotions, especially during difficult times.

Leading by anger, fear or anxiety, yelling, and bullying is an extinct custom that has no place in the current social economy which values relationships, collaboration, and authenticity.

To learn more about how to manage your self-control in the workplace, make an appointment with Karen Gosling today.