The problem is that most people don't really know what good communication is. "Answer me so I know you're listening" is basic.

But talking and listening are essential tools for learning about your partner's feelings, making your feelings known and solving problems that arise within a relationship.

In the following brief case study, I explore the “Answer me so I know You’re listening” technique.

“Come on, Tom, answer me so I know you’re listening. You don’t have to be so rude or disinterested. Do you think you can help clean the bathroom this weekend?” Alice asks. “Tom, are you listening?” 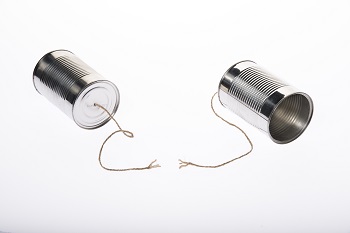 “Well, why don’t you answer me, then? Why don’t you stop what you’re doing and look at me when I speak to you. I feel so frustrated when we need to discuss things and you don’t answer me and you just keep on ignoring me. I NEVER know when you’re listening to me.”

Alice and Tom had been having issues within their relationship for years. Alice was at a point of desperation, as she felt she was often ignored, which left her feeling unloved, disrespected and often left to do all the household chores. “Where was the love?” she found herself asking almost every day.

Alice had grown up in a home where her parents communicated at a deep level. Her Dad would often help around the house, even without being asked. She saw how her mother responded to her Dad because he talked with her Mum and listened as they negotiated what to do. She wanted this closeness and collaboration for Tom and her in their relationship.

On the other hand, Tom had grown up in a single parent home. He did not experience the chatter and negotiation that went on between partners who lived together. He had learned to do things on his own, when and if they needed doing.

Tom, as a man, was way more interested in being outdoors and socialising with friends. He seemed quite oblivious to Alice’s plight, and couldn’t understand why she always needed to schedule the chores and why she was always went on and on about them. He felt disillusioned and trapped when she was “chattering” to him as she never stopped going on about something.

Just because Tom doesn’t answer Alice, doesn’t mean he’s not listening. Men don’t always realize that their wives are expecting an answer, particularly if she keeps on talking.

Learning how to get him to answer you (so you know he's listening) is one of the most important steps in rebuilding your relationship.